“Choose France” summit is a unique opportunity for world business leaders to meet with French Government members and French Captains of Industry and discuss areas of corporation and partnership. 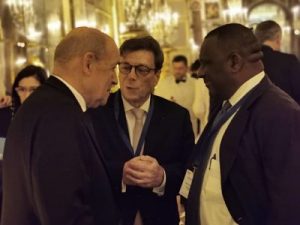 Eko Atlantic City, a 10 million square-metre city being built on the Atlantic Ocean along Ahmadu Bello Way in Victoria Island (VI) of Lagos State, is indeed a beautiful place. The city which is twice the size of VI has different types of property, especially high rise structures, springing up on the massive land.

An event planned and coordinated by   RELAIS INTERNATIONAL NIGERIA LIMITED

The award, which is in recognition of Mrs. Disu’s remarkable support for arts and culture, especially her coordination of the construction of the iconic Alliance Francaise Mike Adenuga Centre, Ikoyi, Lagos, was presented to her at a formal ceremony held at the centre and presided over by the French State Secretary for Education and Youth, Ministry, Gabriel Attal. 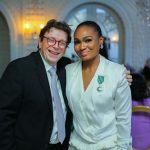 The French minister, who is the youngest minister in France, said he was delighted to present the honour to Mrs. Disu as the youngest recipient of the French national honour.

The minister said the unique national honour is reserved for icons who have supported the sustenance and growth of French culture.

He described the Mike Adenuga Centre as magnificent and the most beautiful of all Alliance Francaise centres in the world. He also described the equipment, sound, lighting and technology at the centre as first class, adding that the project is a cultural revolution.

Facing the Chairman of Mike Adenuga Group, Dr. Mike Adenuga Jr. who witnessed the ceremony along with the Lagos State Governor, Mr. Babajide Sanwo-Olu and other eminent dignitaries, the French minister said, “Who could have imagined that it was possible to build such a cultural centre in just a few months? From the very first minute, dear Chairman, you wished that your daughter would lead the project that would facilitate cultural collaborations between French speaking countries and Nigeria.

In her acceptance speech, Mrs. Disu expressed gratitude to President Emmanuel Macron of France for the honour. “I am thankful for the firm belief that it could be done. Just look at where we are now. The centre has become such a reference point, a cultural hub, promoting French language and culture, showcasing Nigerian talent. We did it and I am proud of the entire project team. I applaud your expertise and tireless commitment”, she said.

A business leader who currently serves as Executive Vice Chairman of Globacom, CEO of Cobblestone Properties and Estates, Director at Abumet PLC and non-executive director with Julius Berger, Mrs Disu is a multi instrumentalist, humanist, patriot and philanthropist. She started playing the Piano at the age of 4 and Saxophone at the age of 18.

Relais Intl. office complex two is a 5 stories building (700sqr meter per floor) situated at the city centre of Abuja, It was completed on 23rd September 2019, and had the first tenants including Expertise France, a full subsidiary of the French Development Bank and moved in January 2020.

The largest annual gathering of the African private sector

The 8th edition of the AFRICA CEO FORUM will take place on 9 and 10 March 2020 at the Sofitel Abidjan Hotel Ivoire in Abidjan, Côte d’Ivoire.

Founded in 2012, the AFRICA CEO FORUM is an annual gathering of decision-makers from the largest African companies, as well as international investors, multinational executives, heads of state, ministers, and representatives of the main financial institutions operating on the continent.

Another First for Dassault:There was excitement at Le Bourget on February 28, when Dassault CEO, Eric Trappier, unveiled the new, long-range ultra wide body Falcon 6X. Not only does it have more cabin volume than any other Falcon, its cabin is the tallest and widest in business aviation, and one of the quietest. It has a range of 5,500 nm, a top speed of Mach .90, industry-leading cockpit technologies and optimized aerodynamics, all of which combine to make the 6X a class all its own.For more information, please contact us